I thought I would share with you my Kitbash of the Hit Location wheel for World Works Games Roll Arena.  I took this wheel here… 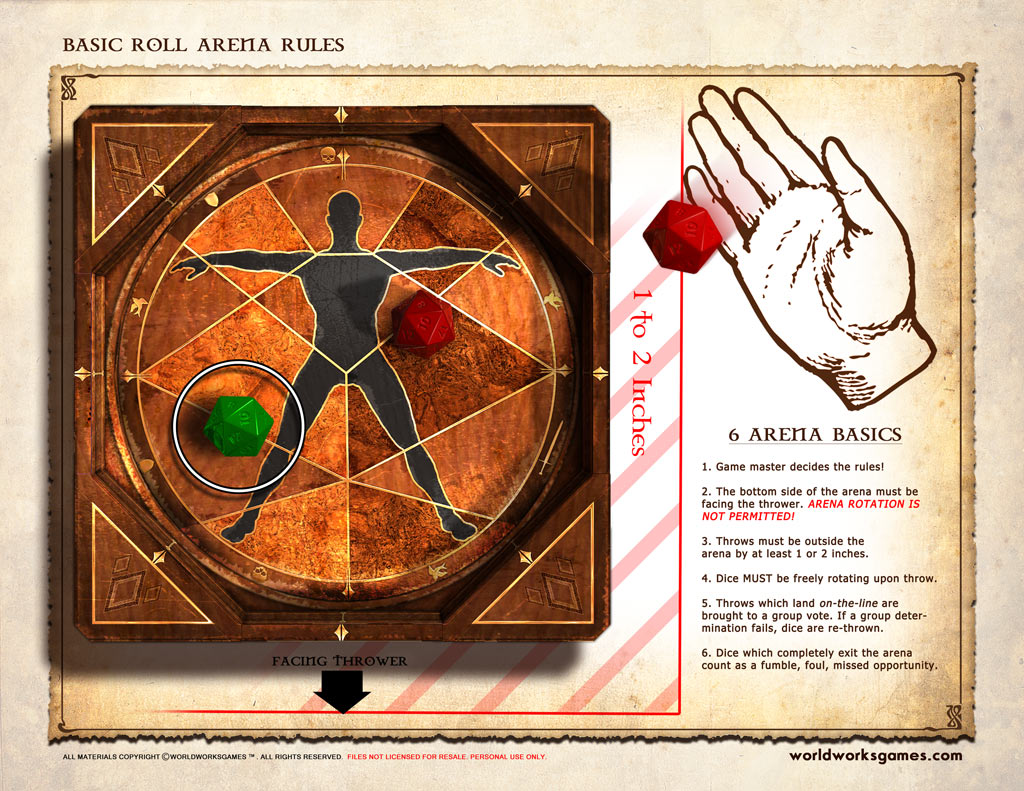 and I’ve turned it into this…

I think it turned out quite well!

This blog is not only about GURPS Mega Dungeons but other products that can be used with GURPS.  One of those has just been released today.  World Works Games: Roll Arena is a fun little game aid that is system generic and has a lot of possibilities for use with GURPS.

I’ve had the time to build my own Roll Arena and it comes with two dice drawers and one card drawer.  The cards come with numbers 1-8 (each number has a symbol on them) these match with one of the arena inserts allowing for random results with your dice roll.  They also come with four symbols; a Sword, Skull, Dove, and Shield.  Although not the most perfect symbols for use with GURPS I have used them to replace the free GURPS 4e Combat Cards by using the sword for all attacks ( i.e.: Move & Attack, All-Out Attack), the skull for afflicted conditions (i.e.: Surprised, HP = 0 or less, Stun), the dove for passive actions (i.e.: Evaluate, Ready, Aim, Do Nothing) and the shield for defensive actions (Dodge, Parry, All-out Defence).  The numbered cards 1-8 could be used for random events or you could just use them for spells or combat manoeuvres that your characters use a lot.  The thing is these pdf’s take advantage of Adobe’s form option so you are able to put your own text on the cards!  If the product does well there will be additional card styles offered in the future.  Lets hope so! 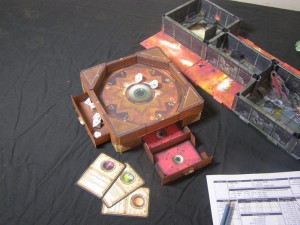 This will make it easier for new players to crunch through the combat and their abilities.  Plus it seems to work really well with younger players. 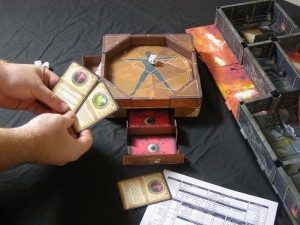 I’m going to use photoshop on that random hit location to add a spot for eyes, neck, skull, and groin.  It is a neat way to allow a random hit location!  So for $6.50 USD (not including the cost of ink and cardstock) this is a nice way of adding some extra flavour to your games!

I understand that props are not for everyone but I tend to like to use them in my games.