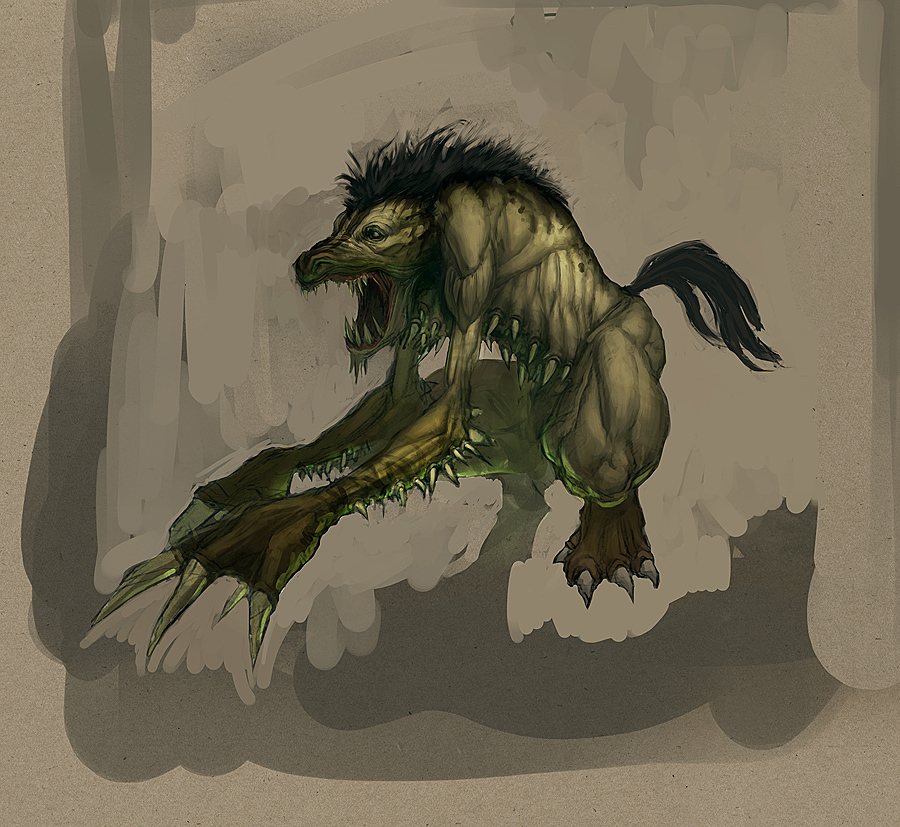 “Scavengers are ugly, pathetic creatures who survive off of carrion and corpses too diseased to attract any other carnivores. I did once meet a raggedy fellow who claimed that he had trained one of the beasts to bring him large rats to eat, but I’m sure the story is utter nonsense.”
— Abd al-Hazir

Scavengers are ugly creatures who survive off of carrion and corpses too diseased to attract any other carnivores. Unlike most carnivores of this type however, they are extremely aggressive and will not hesitate to attack those unfortunate enough to encounter them.

Scavengers have powerful legs which they use for swift springing attacks, striking at vulnerable faces and throats. Their anatomy bears a striking resemblance to that of the leapers of the Aranoch desert, and thus, many researchers classify the two groups as part of the same family of creatures.

Scavengers are more dangerous than they seem. They move with blinding speed and often swarm their prey with their numbers. They make difficult targets due to their speed, their constant moving, and their ability to burrow.