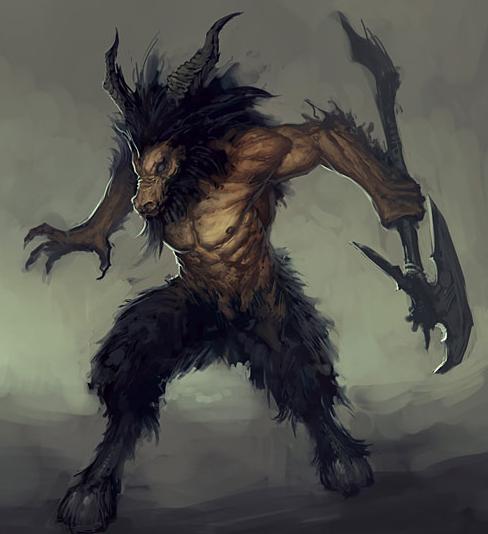 The Khazra were originally human, part of the Umbaru race found in the thick Torajan Jungles in the Teganze region of Sanctuary’s eastern continent. During the Mage Clan Wars a race of sorcerers known as the Vizjerei required an army using demon-possessed victims, and the peaceful Umbaru clans seemed to fit the Vizjerei’s needs. To fight off the Vizjerei the Umbaru captured a wizard to help them not only gain control over their transformed clan mates, but to have themselves transformed as well in order to fully drive the Vizjerei out of the Teganze. Their strategy worked, but it was not without its price. They found themselves bound in servitude to the demon Zagraal in exchange for their cursed power. They became furious marauders, driven to raid villages and caravans to sate their bloodlust and procure sacrificial victims for their demonic master. This is also when they became known as khazra, which roughly translates as “demon” or “devil” in the Umbaru tongue.

After years of this terror, their previous brothers, the Umbaru of the lower Teganze, sent their Witch Doctors to eradicate the khazra’s threat to the region. Filled with otherworldly power, the Witch Doctors cut a swath of destruction through the khazra until they confronted Zagraal himself. In a now-legendary battle, the valiant heroes fought to the last man before finally bringing Zagraal down.

The khazra continued to wage war on humanity, but without a source of demonic power to draw from, their strength diminished.

Khazra choose from the following templates

Features: Affected by Pentagram; Leg, foot, and head armor isn’t interchangeable with human armor. Tail (neither a manipulator nor enough of a problem to interfere with
armor). 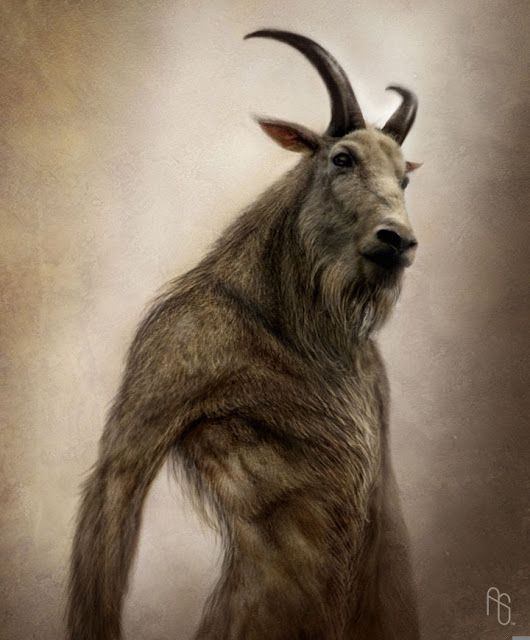 Example of a Khazra Barbarian 177 points