If you read back through the blog you can see my slow (very slow) transition of how I make my geomorphs.  I started with just making the rooms and corridors and cutting them out at the wall.  Looks good, you can do a lot with it, however you need to make separate vertical and horizontal parts for each option.  Not very efficient. 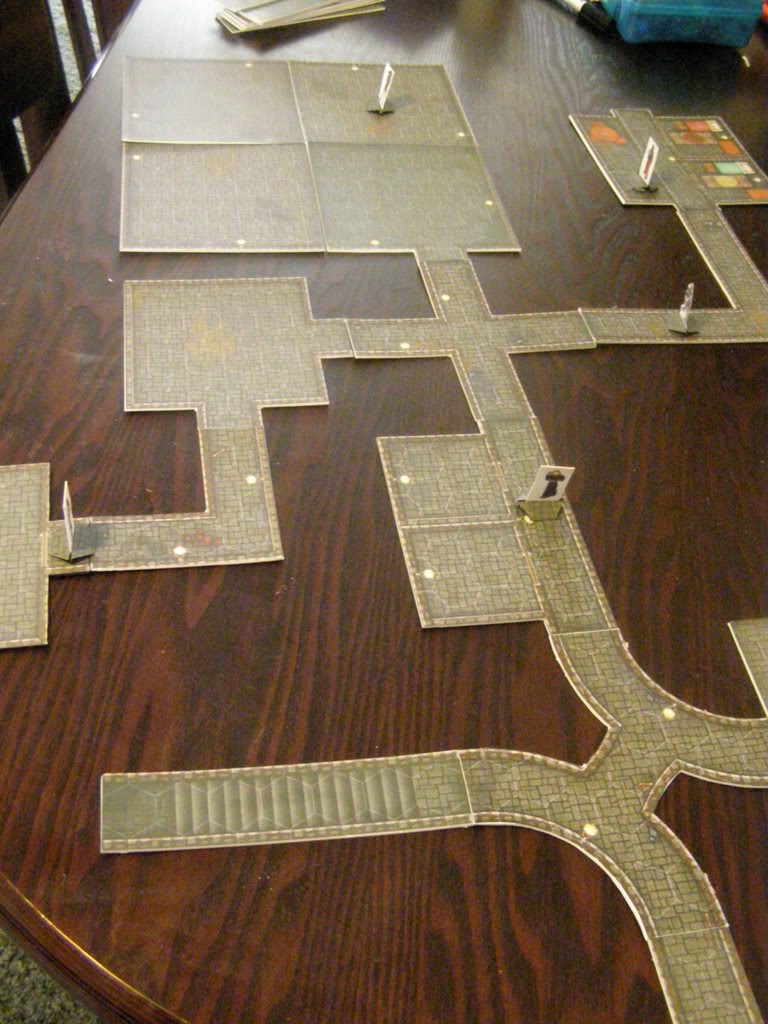 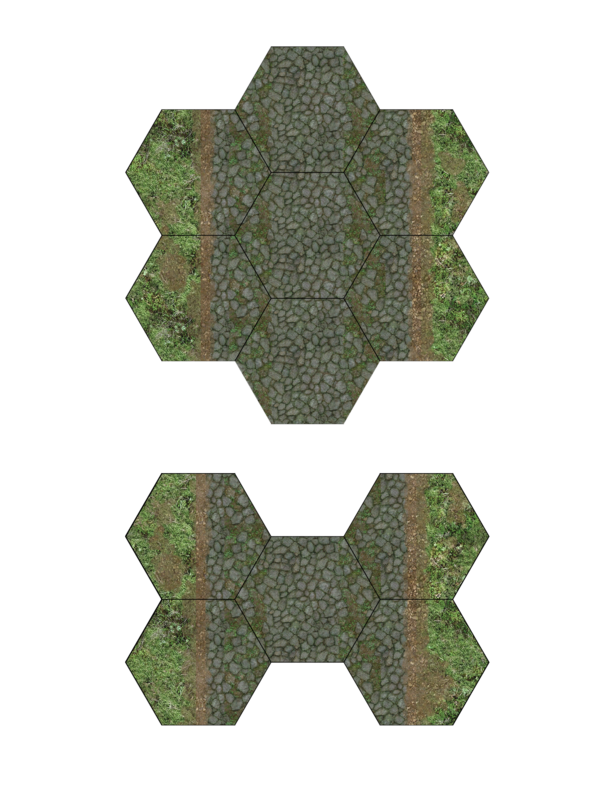 Then after several discussions with people I know, one of which was Andorax, from the World Works Games forums (now defunct). The idea of making the tiles Hexagonal in shape that way you can rotate them in any direction without the need to make Vertical and Horizontal versions for each tile. 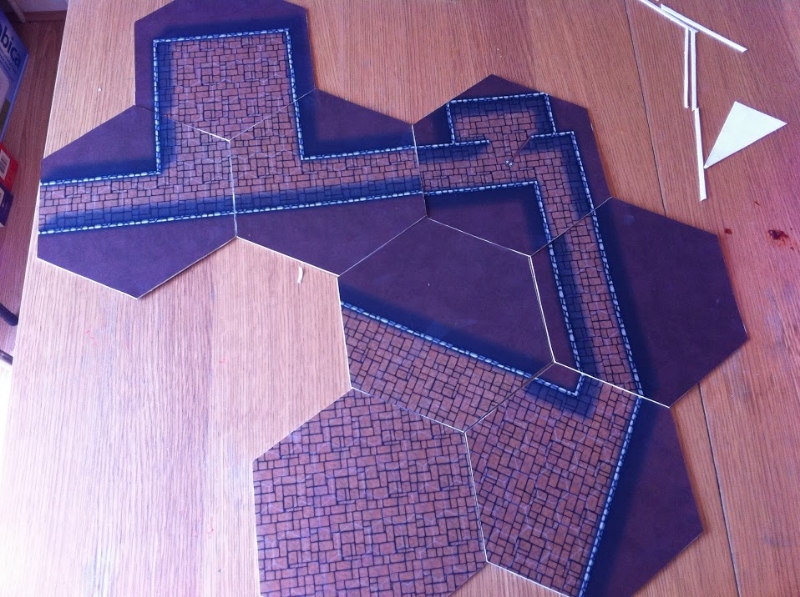 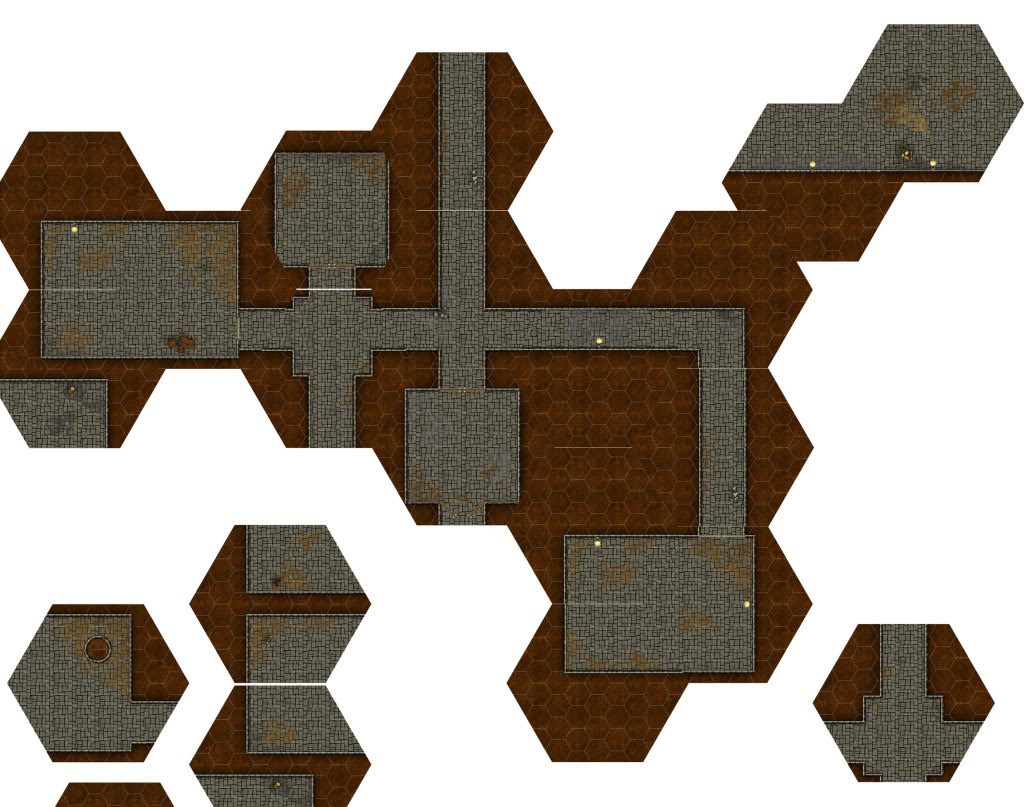 I made the tiles 7 inches from flat side to flat side to reduce the paper waste.  One of these hexes would fit on either A4 or US 8.5×11 sheet of paper.  If your using high quality photo paper then you really don’t want to be throwing a bunch of it away.  The other nice thing about the 7 inch tile was you could have single (3′), double, and triple width corridors giving you a varied dungeon.  Now to connect the walls together when you’re running them at a 60° turn means that the horizontal corridor has to be slightly smaller for the walls to match up at the edge.  This way you can place your 4 way cross roads and all four corridors will match up to the next tile no matter how you rotate them.  Plus you then don’t have to be confined to just 60° turns as I’ve seen many people do.

I also played around with how to make 3D Hex Dungeons 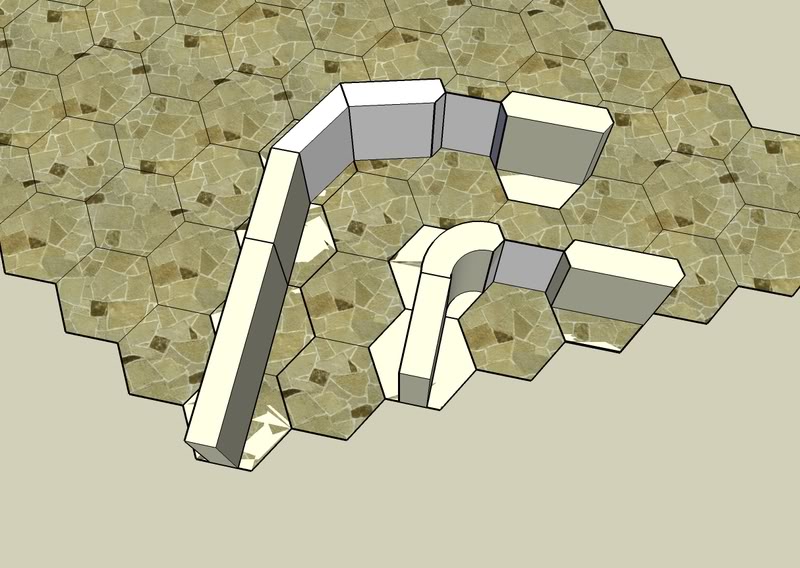 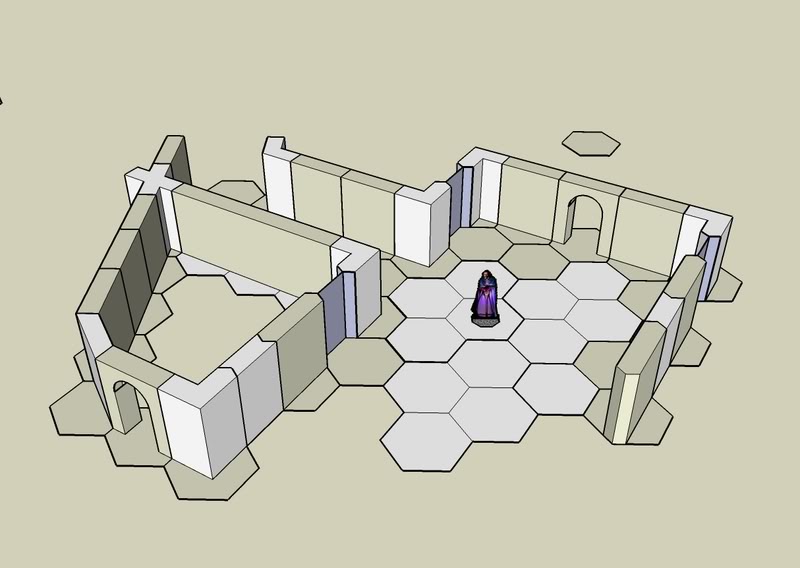 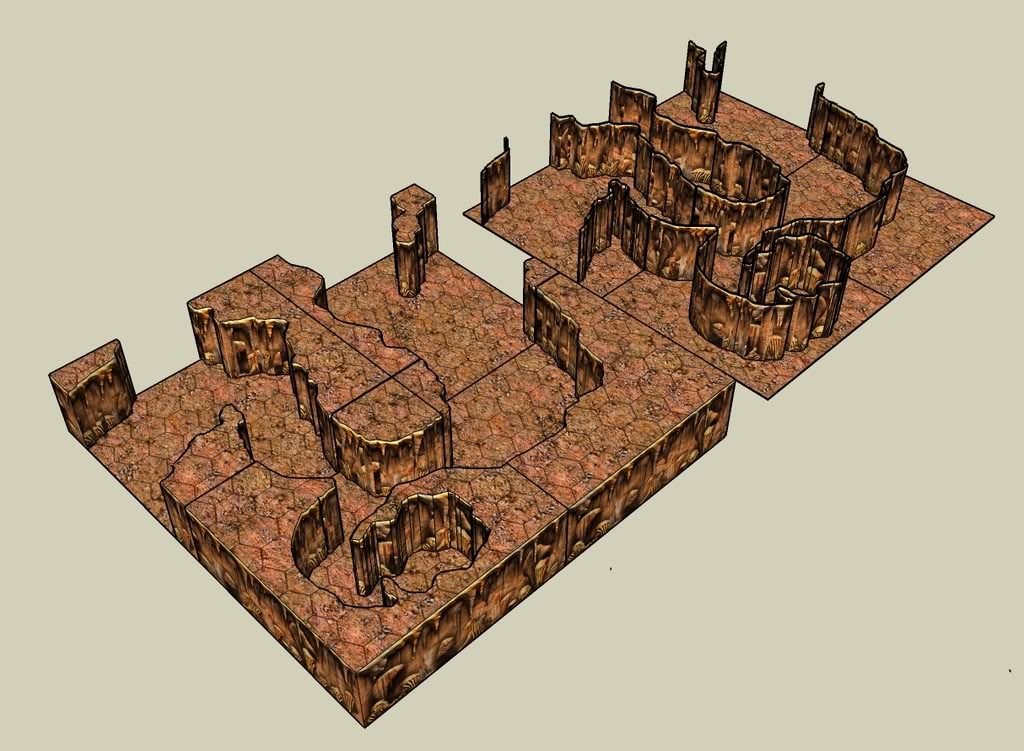 These were overly complex but a good start.  Unfortunately I no longer have the files for these.  Then last November during my routine searches for Hex Maps and Hex Dungeons I found the Kickstarter for Tabletop Hex Terrain. You can read my thoughts about it in the blog post linked above.  I now have the Hex jigs but I think I’m going to scale them up to get a true 1″ hex and have them laser cut.  I can still use the original Hex Jigs for Battletech and Mechwarrior: Dark Age.

Then in December the Hexomorfo System came out using the same conclusions I was using (but only using vertical corridors not horizontal as well) but the smaller scaled 4″ tiles, a bit like the Hex Jig that I discussed in November. My only issue with the 4″ tiles is you can not have triple wide corridors without needing four hexes for the length of two that you would need for single or double wide.  I had considered going to 6″ tiles but it would be bulky for the 3D version although easier to build using Hirst Arts bricks.  However I’m going to have to custom make 1″ hex tiles for the Hirst Arts as Bruce doesn’t seem interested in making any.

So now I’m currently making tiles for the 4″ system and I’m hoping to get about 100-150 done before experimenting with the 3D tiles.  I’ll keep posting updates when I reach them.